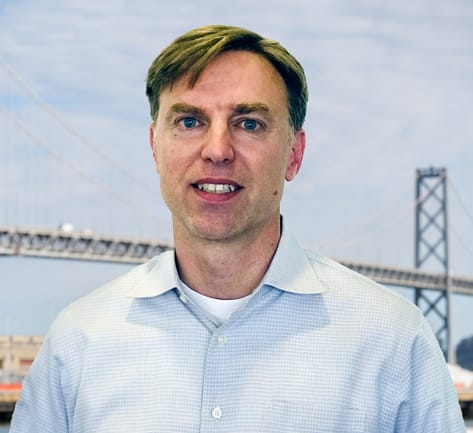 Mark Chamness is the Head of Data Science at Invictus Growth Partners (“Invictus”). Mark has more than 26 years of data science and machine learning experience building enterprise platforms which have generated hundreds of millions of dollars in annual recurring revenue in cloud software, cybersecurity and financial technology applications. Mark’s work on artificial intelligence and machine learning has been published in leading journals and he is the inventor on 36 filed patents, of which 27 have been granted including 24 granted patents in machine learning. At Invictus, Mark is responsible for maintaining the firm’s Deal Intelligence Assessment Neural Engine (“Diane”) platform, assisting the investment team in AI-related investment due diligence and working with portfolio companies to optimize their use of artificial intelligence and machine learning to help them scale.

Mark was previously Director, Data Science & Machine Learning (“ML”) at Coursera, where he owned the ML technical and strategic roadmaps and launched multiple products, including ML-model driven product recommendation systems, ML-graded assignments, and in-course ML coaching. Prior to that, Mark was Director, Data Science at Nutanix where he managed a team of 15 ML engineers and data scientists and developed applied ML products including a recommendation system for customer support using natural language processing (NLP), time series analysis and capacity forecasting, which generated over $25 million in revenue per year, as well as a conversational artificial intelligence tool which integrated with Slack.

Prior to that, Mark was a Research Scientist at Data Domain (acquired by EMC), where he won EMC’s Innovation Award, a global competition, and developed forecasting algorithms that generated over $100 million in annual revenue. While at EMC, Mark filed more than 20 patents, of which 18 have been granted, and re-architected the firm’s Internet of things (“IOT”) systems with 100 terabyte Greenplum database. Prior to EMC, Mark was a Senior Software Engineer, Analytics, at Agitar Software (acquired by McCabe Software), where he developed statistical models for performance analysis and created a distributed telemetry system for performance monitoring. Prior to Agitar, Mark was with Visa as an artificial intelligence consultant where he developed ML algorithms for an anomaly-based intrusion detection system. Mark also worked as a Software Engineer at Sun Microsystems, Javasoft Division, where he invented Incident Manager, a CRM system which resulted in a 10x customer support productivity gain. Mark began his career as Quantitative Analyst with Financial Security Assurance, where he worked on the securitization of $2 billion in asset backed securities, developing algorithms to quantify interest rate risks.

Mark developed a love for data at the age of 12 by programming an HP-41CX calculator. He was a finalist in USA Mathematical Olympiad, placing 21st in the United States, and was the Valedictorian of his class at Kerman High School. Mark earned a B.S. in Physics with Honors from the California Institute of Technology under adviser David Politzer (Nobel Prize 2004). Mark earned an M.S. in Statistics from San Jose State University. He was awarded a full scholarship to the PhD Physics program at Brown University where he did research under adviser Leon Cooper (Nobel Prize 1972) at the Institute for Brain and Neural Systems. The work focused on ML algorithms for pattern recognition inspired by research in biological systems. Mark is a black belt in Shotokan Karate and led a dojo as its lead instructor for ten years in Palo Alto.