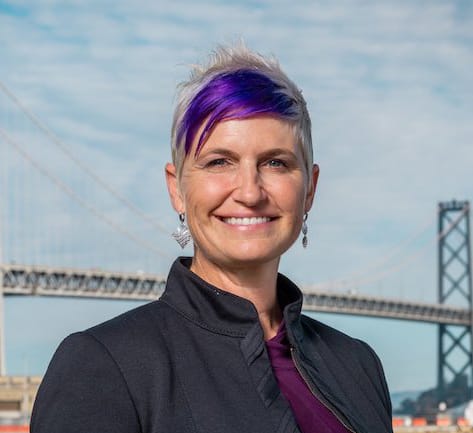 Heather Brien is a Partner and Head of Operations at Invictus Growth Partners (“Invictus”) and has over 20 years of operational leadership experience with financial services and technology firms. Heather currently serves on the board of LinkLive.

Prior to joining Invictus, Heather served as Chief Operating Officer and Chief Compliance Officer at Voleon Capital Management (“Voleon”), based in Berkeley, CA, for eight years, supporting its growth from $5 million to over $2 billion in assets under management. She joined Voleon in 2009 as Head of Trading & Business Development, and became COO in 2010. She led the firm’s business and legal efforts, investor relations, contracts, negotiations, vendor management, company-wide project management, recruiting, fund launches, new asset classes, international expansions, and all regulatory and compliance efforts.

Prior to Voleon, Heather was with AT&T for two years as the Director of Alternative Channels for the company’s Voice over IP (“VOIP”) business, based in New York. While with AT&T, she worked on product marketing, developing retail sales channels and product branding.

Prior to AT&T, Heather was with Sun Microsystems, based in Menlo Park, CA, for seven years. At Sun, She served as a Senior Program Manager for new hardware and software products and solutions, leading cross functional marketing and engineering teams and working with external technology partners.

Heather is actively involved with several non-profits and currently serves as President of the Board of Directors for CASA of San Mateo County, a program pairing foster children with volunteers to provide 1:1 support, mentoring and advocacy. Additionally, for the past ten years she has been the Head Triathlon Coach, Team-In-Training, Leukemia & Lymphoma Society Greater Bay Area, training triathletes and fundraising to cure blood cancers. Heather is also an avid triathlete and marathoner herself, having completed 5 full Ironman distance races, including the Ironman World Championship in 2013 and the World Marathon Challenge in 2018, where she completed seven marathons on seven continents in seven days.

Heather is a graduate of Stanford University Business School, where she received her M.B.A. in 2004 with a focus on entrepreneurship. She also holds a B.A. in Art History, with high honors, from the University of California, Berkeley, and earned le Grand Diplôme from le Cordon Bleu in Paris, where she graduated first in her class. Heather is fluent in French.